Why Love Story of Dimple Yadav & Akhilesh Yadav Is...

Like poles repel, opposite poles attract is a simple law of science which is pretty much evident in this love saga of Uttar Pradesh chief minister Akhilesh Yadav and his wife Dimple Yadav. She was unruffled and a talented painter and he was a Metallica loving young lad.

There was no similarity between the two which could have got the love bells ringing. But love finds its way. Dimple belongs to Uttrakhand and is the daughter of Retd. Army Col. SC Rawat. She was brought up in different parts of the country, getting introduced to numerous places at a very young age. 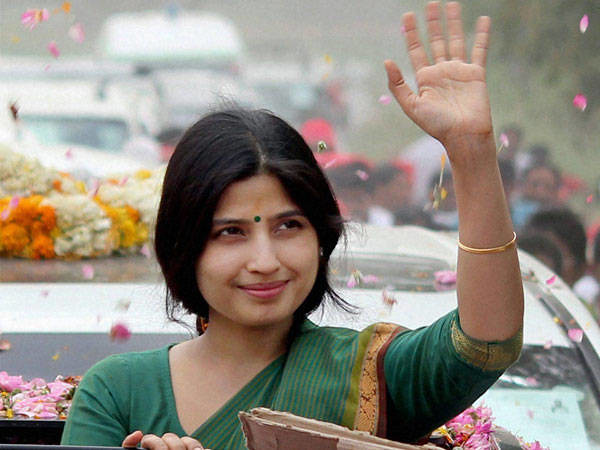 Like a normal Indian girl, she too had plans to join a company and start with her career after graduation. Politics was never on the cards, but destiny had something else in store for her.

Akhilesh hailed from a deeply political background. By virtue of being the son of three time chief minister of Uttar Pradesh Mulayam Singh Yadav, Akhilesh had politics running in his veins. Akhilesh and Dimple fell for each other completely ignoring the fact that Dimple was four years younger than Akhilesh. They were so much head over heels in love with each other that Akhilesh went against all odds to convince his father who was reluctant towards the match. 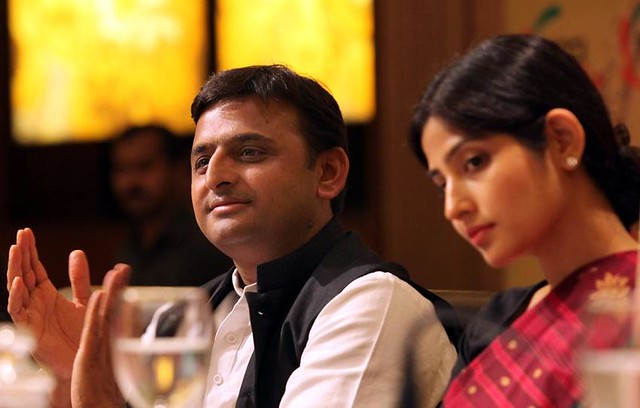 After overcoming a few obstacles, the couple finally became one and the wedding took place in Lucknow on a grand scale. It was a star-studded wedding and actors like Amitabh Bachchan and Rajesh Khanna were on the guest list.
Akhilesh became the youngest chief minister to take office making Dimple the first lady of the state. Being a socialist Bahu, Dimple indeed has been out and out in support of her husband. She not only efficiently took over Akhilesh’s household but has also made public appearances with Akhilesh during his rallies. She was the most active participant in making arrangements during Akhilesh’s election campaigns. 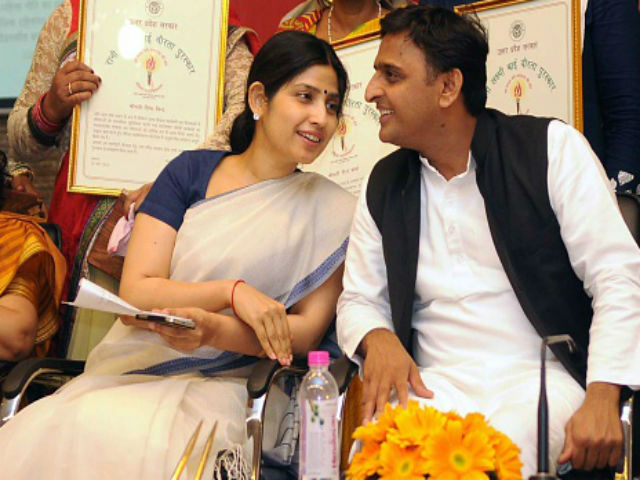 The strength of their relationship has been distinct. Akhilesh is a family man. Even after taking over as the Chief Minister of Uttar Pradesh, he manages to take time out of his busy schedule for his family.

But unlike common love marriages, their love has not lost its fragrance. 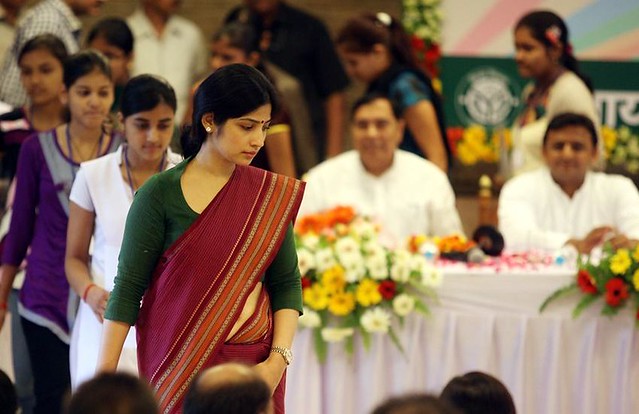 Akhilesh has made statements in public which exemplify that. He has been heard saying this over and over “shaadi karke toh kismat khul gayi (got lucky as soon as I got married)”. After 12 years of affection and fondness, the couple has been blessed with three kids, Aditi, Tina and Arjun. 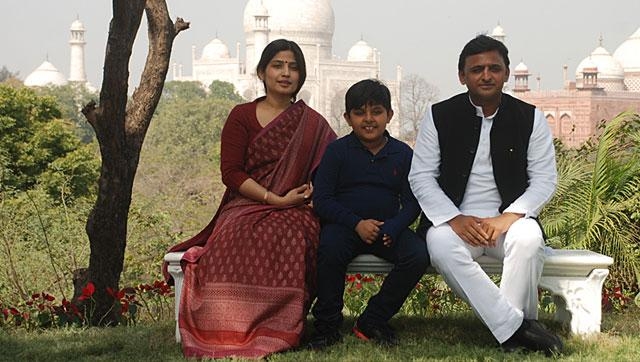 What makes this cute political jodi perfect is their commitment towards each other and their dedication to each other winning every game of life. And that’s what it needs to be a perfect couple, isn’t it?