SabyaSachi Cheered With The Indian Cricket Team As They Stormed...

World Cup defending champion India again stormed into the final defeating Srilanka by a 10 wickets. This is the first time Odisha was one of the host for the blind cricket world cup. 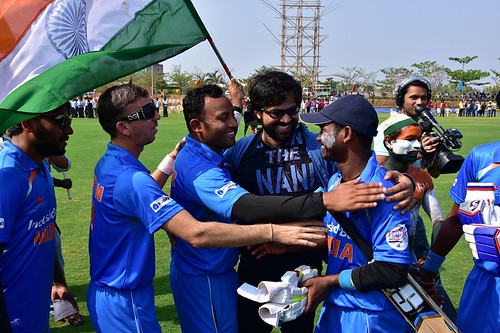 India team showed a superb performance in the fielding by picking up four runouts. Chasing down the target of 174 in just 13 overs with an amazing partnership of 175 runs between J Prakash (115) and Ajay Kumar Reddy(51). 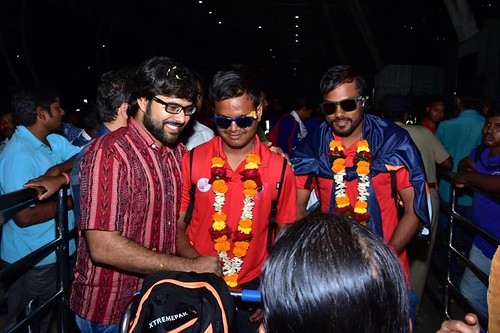 India brought out their top game forward to make an empathetic statement ahead of the final against Pakistan. The team India cheered by Ollywood Actor Sabyasachi Mishra in their previous matches. Sabya is also the brand ambassador for this world cup and was present during the match to cheer the team and also share the same dream to see India as World Cup champion again.