“When We Were Playing Hide-N-Seek, She Was Playing Tennis!” Meet...

There is a new face in the Indian tennis and is on her way to achieving a lot of success soon in her career. She is currently Indian number 1 in women’s single and she is Ankita Raina.

At a young age of 25, she has attained a lot in her tennis career and has been winning hearts of people. Having her roots from Gujrat, Ankita Raina has already 5 singles and 7 doubles titles on the ITF tour in her name. She has her career-best ranking of world number 222 & also owns gold medals in the mixed doubles and singles at the South Asian Games, 2016 and a bronze medal in Asian games 2018.

“While many believe that Ankita can be the next Sania Mirza of India, we believe that she’s the first Ankita, not the 2nd Sania. We’re pretty sure at the age of 5, you must be playing Hopscotch or hide n’ seek. But Ankita’s interest in tennis grew at the same tender age of 5.”

As she had a bright junior career she made her first appearance at a small ITF tournament in 2009. Though she didn’t achieve enough she didn’t lose hope and continued to participate in various tennis events. But finally, in 2011 she advanced to 3 ITF Circuit finals in doubles where she won with Aishwaya Agarwal. 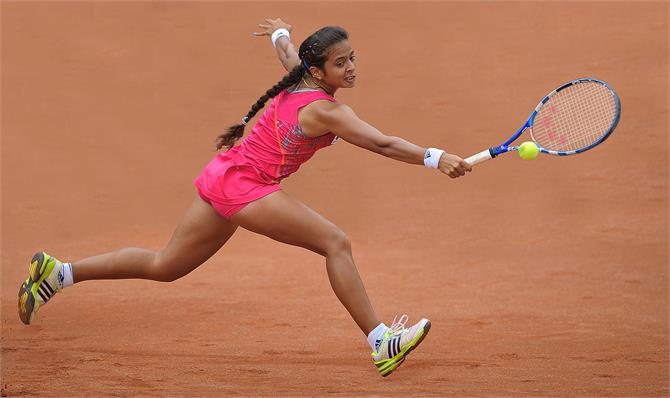 And finally, in 2012 she won her individual first professional title in New Delhi and also 3 more titles in doubles. For her, the stage is getting bigger and bigger every time. Her current ranking in Indian Women Tennis is at top spot number 1, while Odisha’s ANAAM ALMAS is at 62.

We’re sure we’ll be seeing a new world champion as Ankita very soon and at the same time, we just can’t wait to see some Odia names at the top ranking.